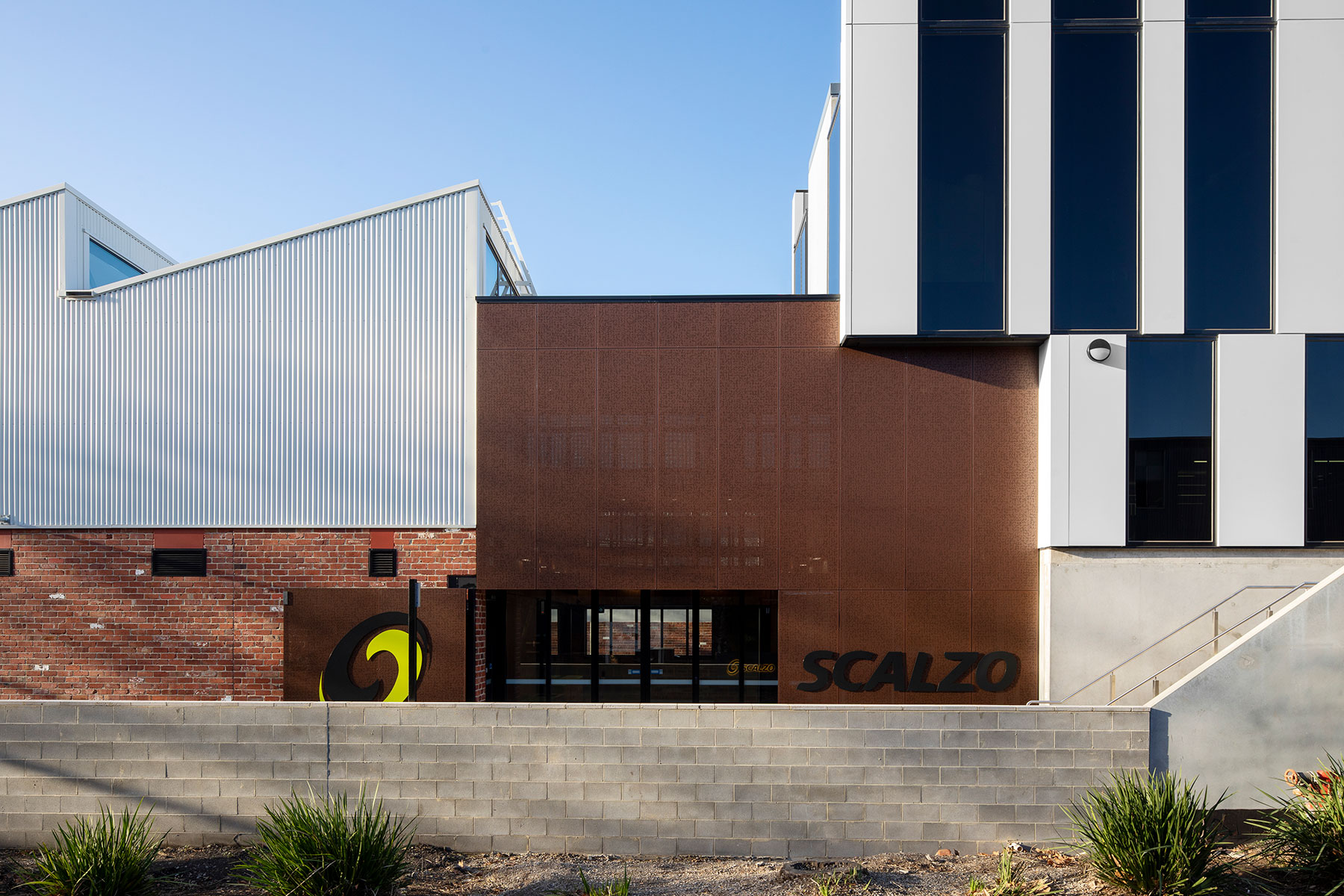 In an industrial pocket on a bend of the Maribyrnong River, with Melbourne’s bustling western arterial train line just to the north, is the home of one of Australia’s most successful private businesses. Scalzo Foods has grown from a small business established in 1977 to an organisation with an annual turnover exceeding $400 million today.

Working with client Perri Projects, this project involved the redevelopment of a degraded industrial site into a new state of the art $18 million corporate headquarters.

The architectural concept integrates the adaptive reuse of an existing warehouse at the Kensington Road edge of the site via a semi-transparent link at ground level. It was important to the client to both retain some of the site’s industrial heritage and character and to make provision for future activation of the streetscape –  it is envisioned to eventually be leased to a cafe operator.

The facade of the new building was inspired by a stroboscope – a visual device that’s animated by motion, often used in old style vinyl turntables to register speed. This has the effect of animating the building’s exterior and ambiguity reading the interior volumes when viewed from a passing car or from a train on the neighbouring tracks. It’s also a metaphor for the way this modern office is capable of rapidly responding to the needs of its occupants.

With its animated black and white facade emerging from a sea of rusted industrial buildings as it now does, it is a signal that change is coming. 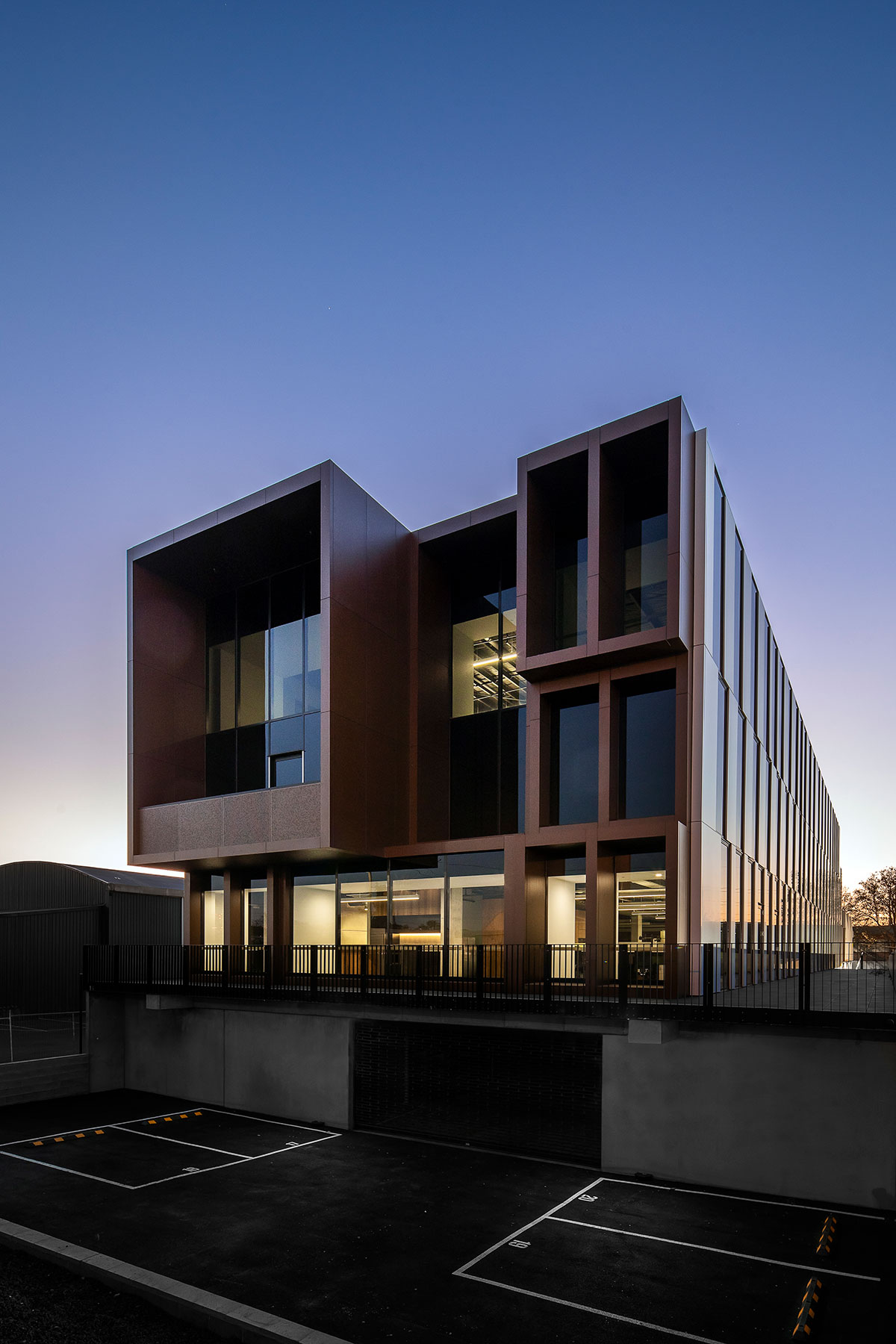 Scalzo Foods is a sophisticated and fast-paced business that manages volatile global supply chains to maintain the flow of product to its customer base. The new building was required to accommodate 130 employees while leaving room for that contingent to grow to 250.

Our brief was to create a working environment that encouraged interaction and engagement between employees. It was also required to be flexible in order to support the dynamic formation and disbandment of project teams that are critical to effective supply chain management. Creating a generous and welcoming workplace reflective of the familial and social culture of the business was also an important aspect of the brief.

Arranged over 4 storeys, each level of the building is connected by a central stairway, each offset from the one before, increasing the visual and physical connection between levels.

Food is both core business and central to the culture at Scalzo Foods. It, therefore, occupies a central place in the building. A highly visible glass wrapped kitchen laboratory is located adjacent to the stairway on the first floor. It is here that new food products are developed and tested. The laboratory acts as a showpiece for employees and visitors alike, signalling a culture of innovation that has been critical to the success and identity of the business.

Equally, a large employee lunchroom incorporating a lounge and substantial terrace is situated in a prime location of the building on level 2, overlooking the Maribyrnong River Reserve.

The predominantly open plan office space is designed for maximum flexibility to support teams focussed approach to operations. The open areas are supported by multiple dedicated meeting rooms. Informal break out space is woven throughout each level of the building, providing many settings for collaborating on-the-go. 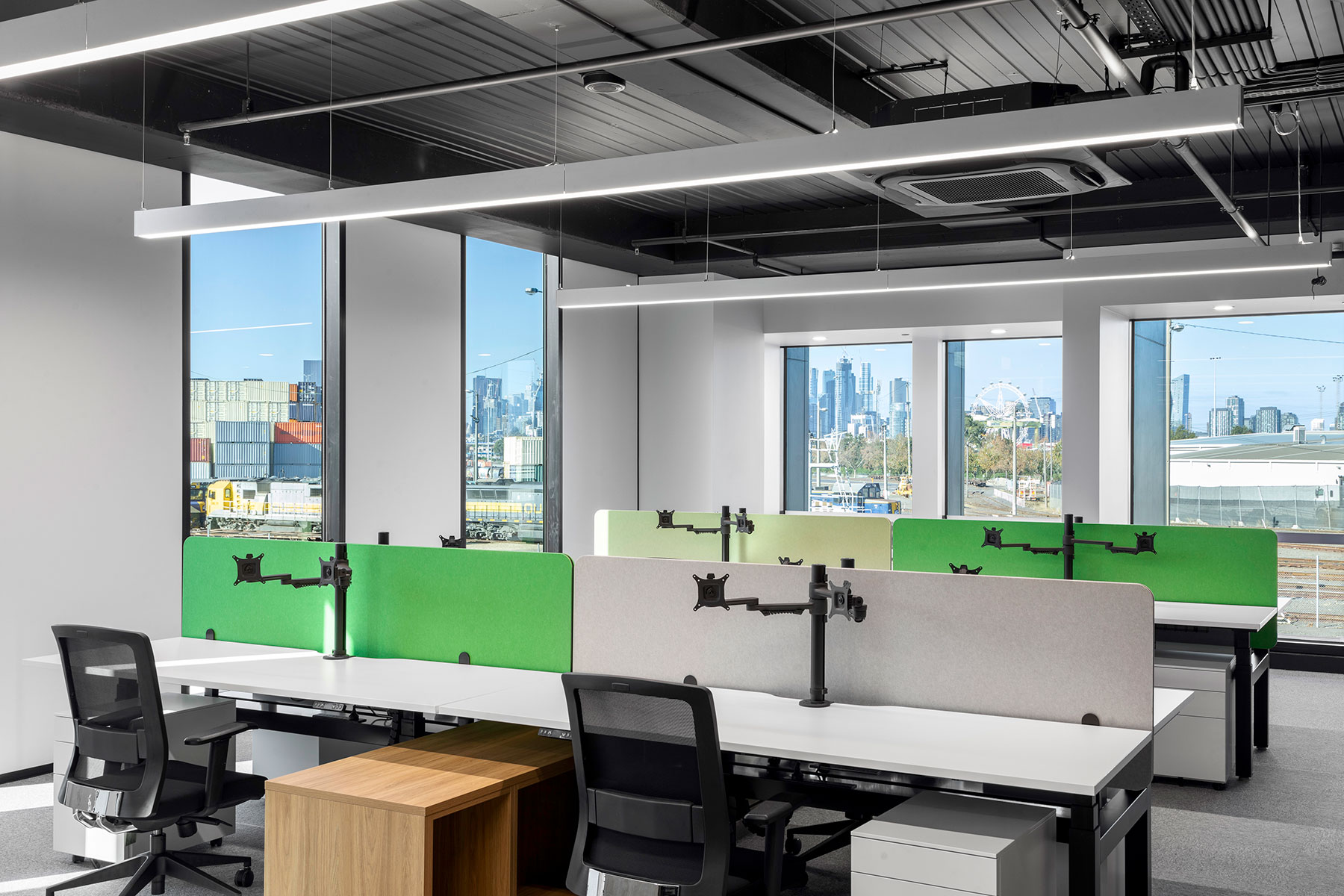 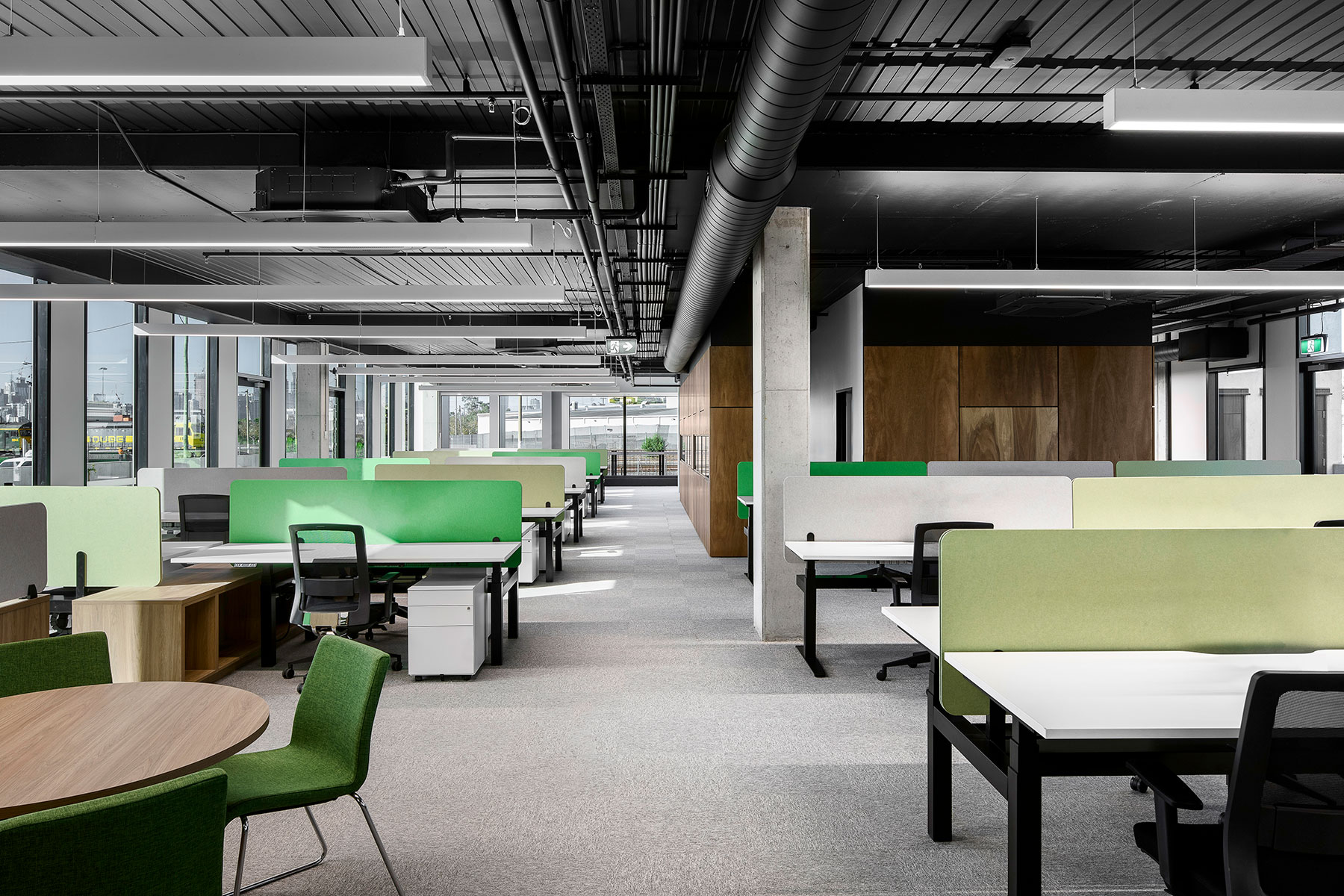 Featuring a material palette heavily favouring sustainability, the project incorporated products such as CO2 neutral – fully biodegradable flooring made from 97% natural materials (43% recycled); recycled ocean-plastic carpets; and recycled glass benchtops to name a few. PEFC, FSC certified & low VOC Blackbutt panelling is also used throughout the building. These features are coupled with a large-capacity photovoltaic system designed to keep grid energy usage to a minimum and a holistic approach to adaptive re-use. 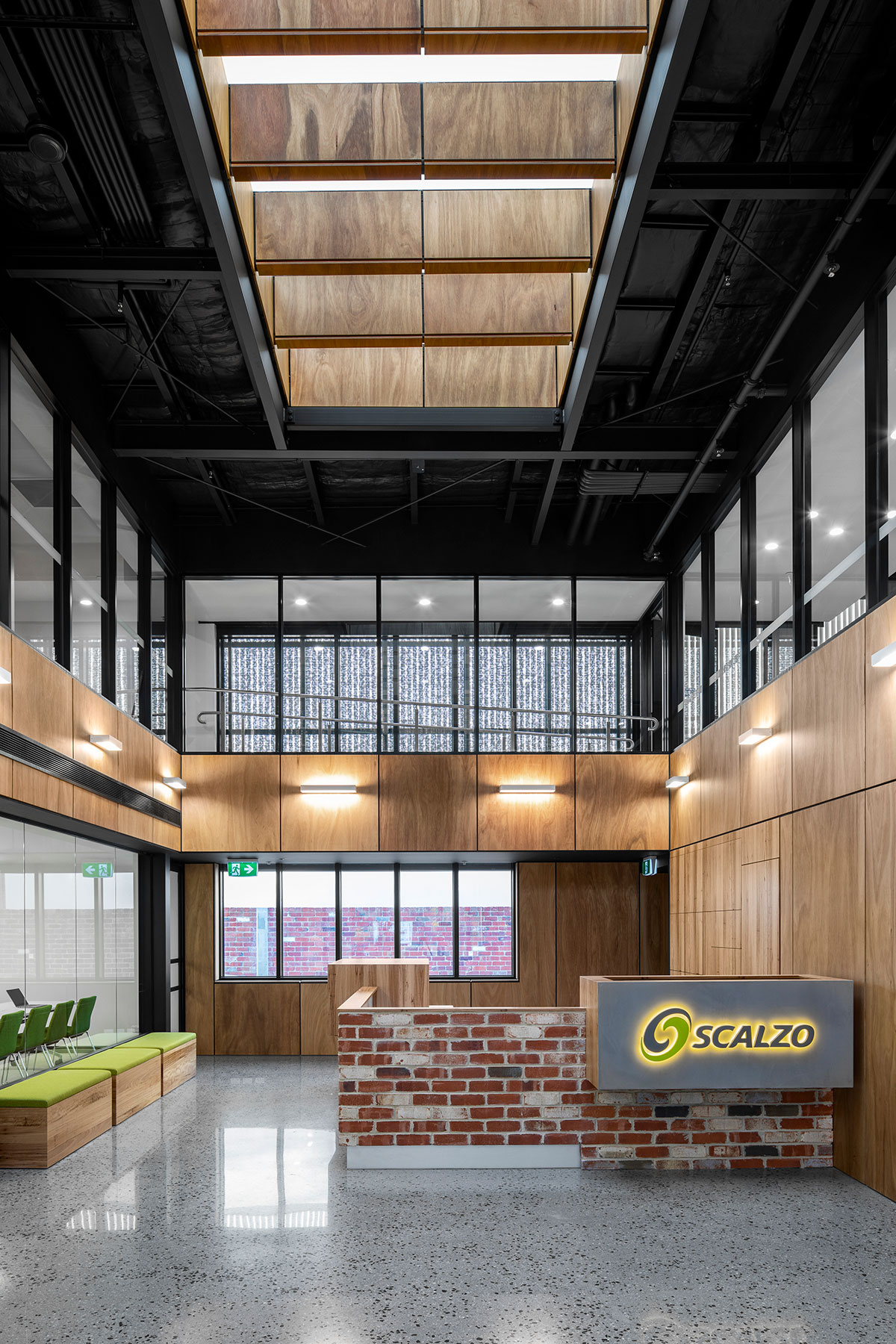 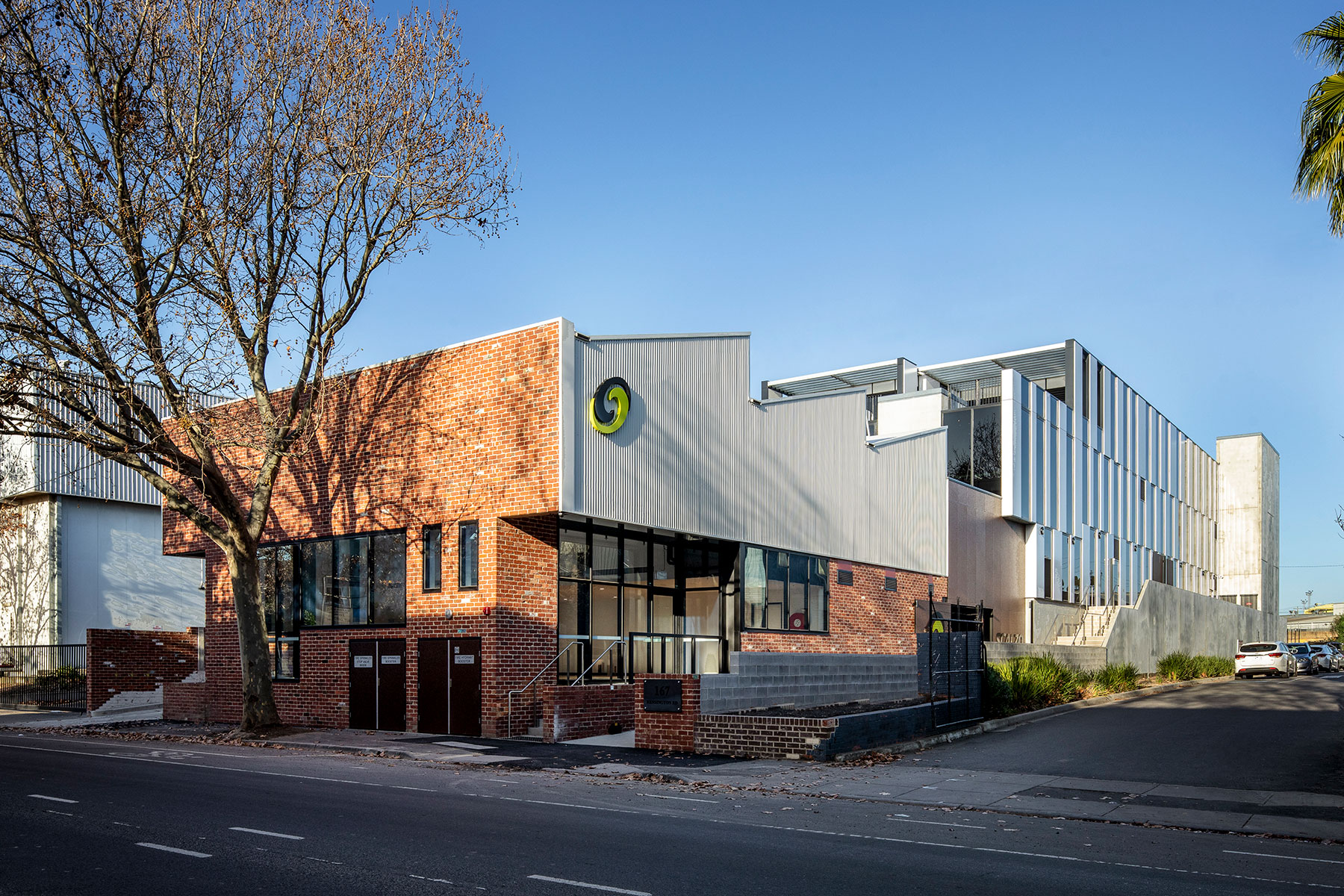