The 2023 theme “Laboratory of the Future”, curated by Lesley Lokko, challenges participants to focus on the dual imperatives of decolonization and decarbonization.

Following a traditional exhibition format, Extreme Ex aimed to showcase Australian design responses to extreme events. The audio-visual exhibits would focus on how the personal experiences of various individuals changed their perspective and impacted their work as designers or influenced the work of a designer.

Tim and James produced the exhibition design. This leveraged TANDEM’s expertise in museum design, cultural centres, and public spaces including the Museum of Old and New Art (MONA) in Tasmania and James’ experience working on the National Gallery of Victoria Australia (NGVA) in Melbourne, which celebrated its 20th-anniversary last week. 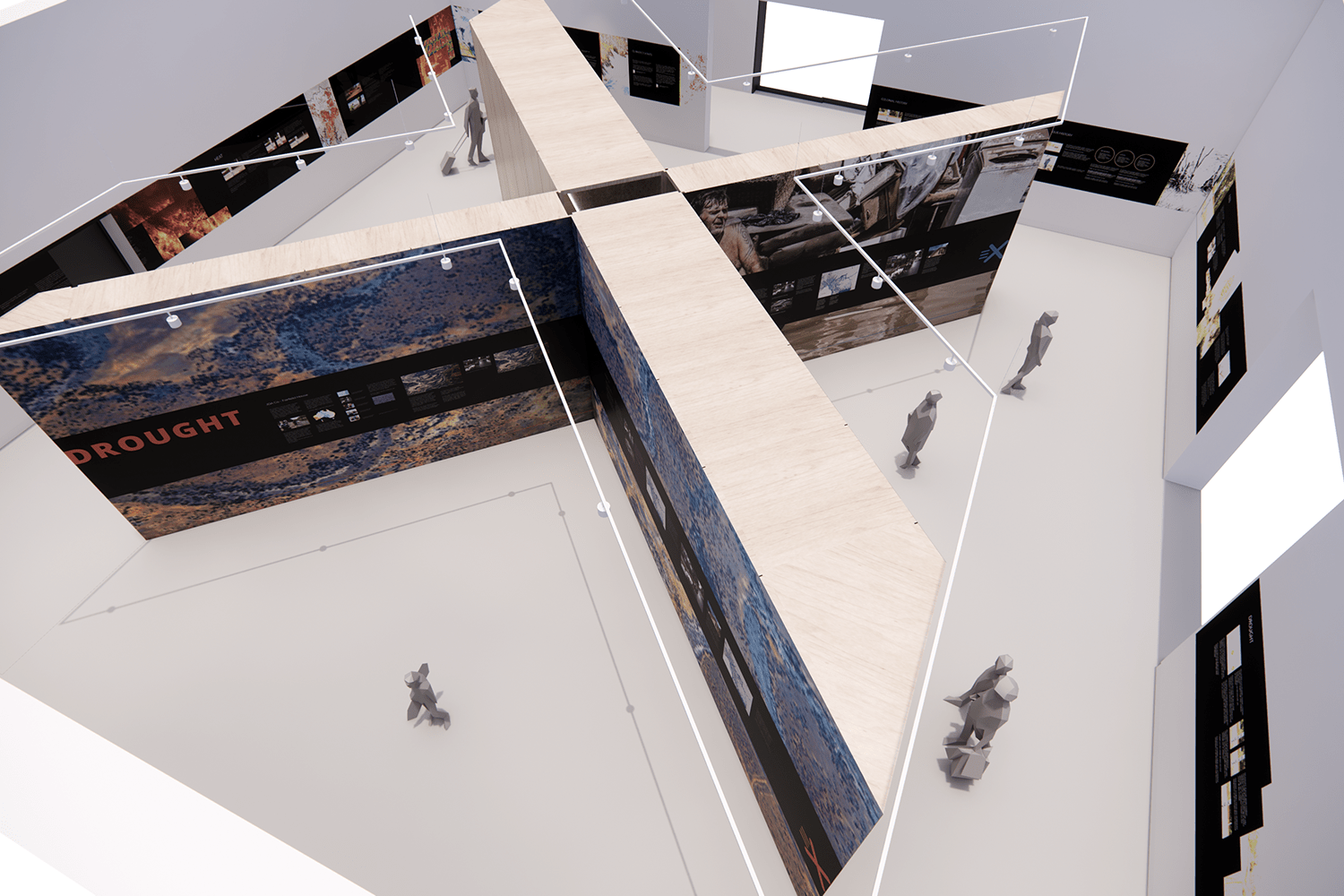 Their concept for the installation draws upon TANDEM’s prefabricated design expertise, dividing the pre-existing cubed gallery space into 6 separate zones utilising an X-shaped installation constructed of cross-laminated timber to be manufactured in Italy by XLAM Dolomiti.

The X-shaped plan divided DCM’s Australian Pavilion into 6 spaces. Four inward-looking quadrants represented the climate change-induced natural disasters of fire, heat, flood, and drought and depicting various design responses to them. The outward-facing perimeter depicted a timeline of natural events from  Australia’s indigenous origins to the present day. A third space was opened up within one of the diagonals of the ‘X’ – an immersive auditory experience reflecting the theme ‘bearing witness’, bringing visitors direct testimony of the lived experience of survivors of extreme events through arresting video content.

The modular nature of the installation and fabrication in Trento Italy minimised transportation costs and ensured zero wastage as the units were designed to dismantle to be reassembled as a touring exhibition upon its return to Australia.

The team at TANDEM Design Studio would like to congratulate the winning proponents of Unsettling Queenstown.