How a permanent public market can become a unifying drawcard

Much work has been done in recent years to envisage a new future for Geelong’s CBD. The Malop Street Green Spine, Wurriki Nyal, Geelong’s new civic precinct and the ongoing revitalisation of the arts precinct are all important pieces in the overall revitalisation plan.

The linchpin of the plan is set to be the establishment of a new ‘city heart’ for Geelong as outlined in the Revitalising Central Geelong Action Plan.

With the Geelong CBD’s economic struggles intensifying during the COVID 19 Pandemic, we believe the establishment of a new permanent public market for Geelong can be part of the answer. Requiring relatively low-cost infrastructure, a market has the potential to generate an immense range of benefits. 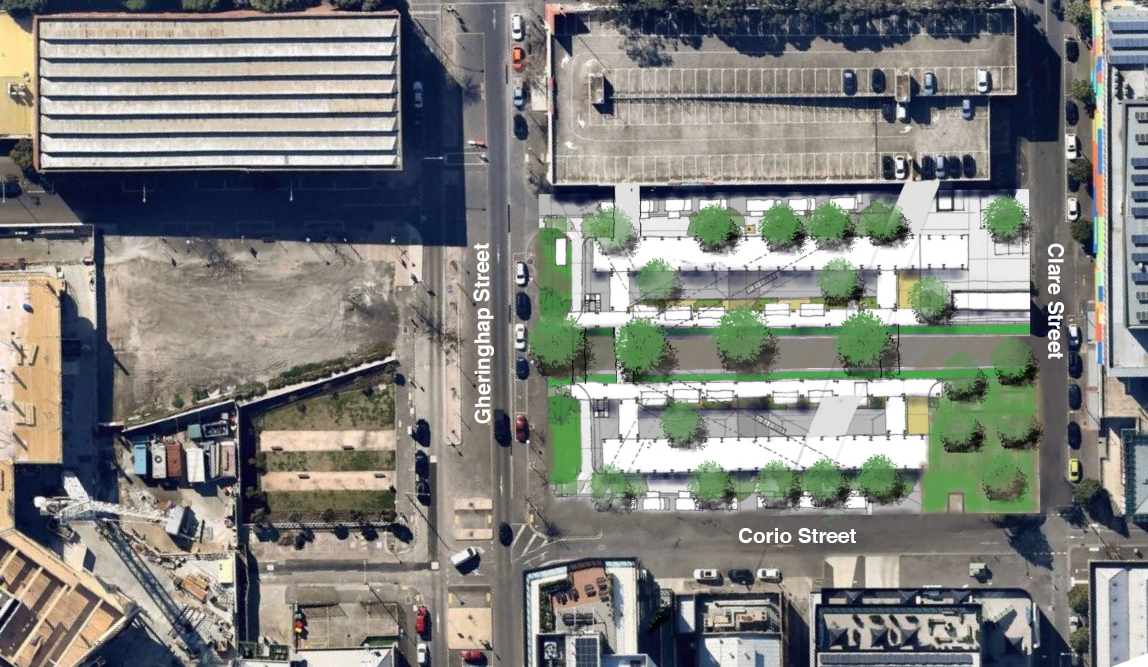 For the sake of exploring the idea, we have envisaged how a permanent public market may be accommodated on the current Waterfront Christain Church site, bordered by Gheringhap Street, Corio Street, Clare Street and Transit Place. 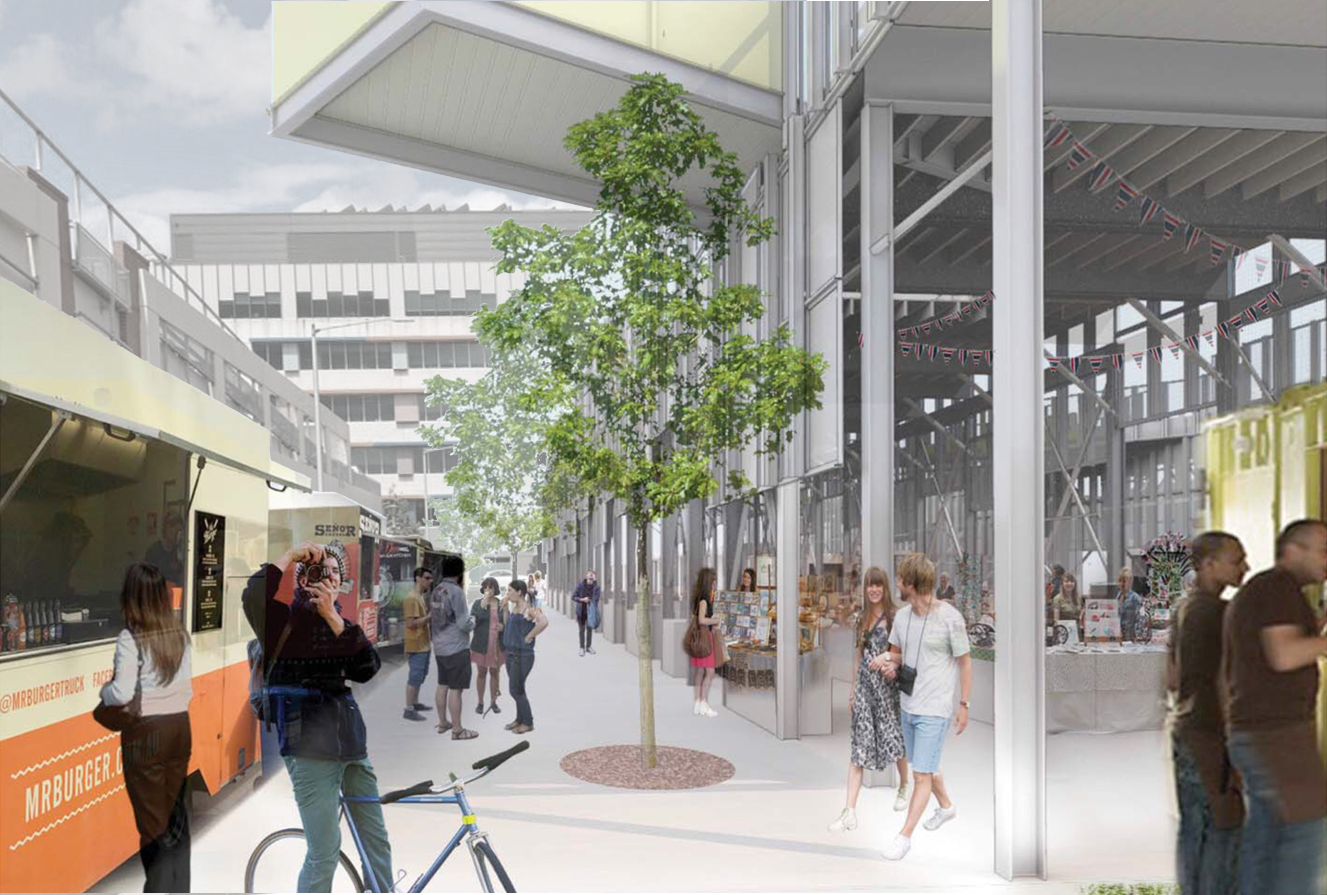 This location would enable connections to the public realm within new Civic Precinct adjacent and is well located to take advantage of proximity to the Geelong Railway Station and to strengthen connections to the arts precinct and the waterfront.

A gateway to the Surf Coast and the Great Ocean Road

Geelong has traditionally been the uninviting industrial port city that travellers have to pass through (and can now skirt around, thanks to the freeway extension) on their way to the Surf Coast and the Great Ocean Road.

What if Geelong could be transformed in a way that makes it a showcase for and an exciting gateway to the natural wonders beyond – an exciting stop to make before venturing beyond? Greater Geelong is a hotbed of gastronomic, agricultural, retail, art and maker creativity. A permanent public market would be a place where all of these aspects could come together to create a tourist attraction of the caliber of the Queen Victoria Market.

While fresh fruit and vegetables and other grocery items tend to attract larger more permanent stall holders, they act as anchor tenants in the context of permanent public markets. Their presence underpins smaller and often more transient stallholders who bring diversity, excitement and a sense of discovery to the retail mix.

A market would make retail business opportunities available to students and recent graduates, recently arrived refugees, farmers, artists and makers. It could include local government supported cooperative spaces for industries such as viticulture and fashion, providing further opportunities to grow Geelong’s reputation as a UNESCO City of Design.

Attracting locals and bringing authenticity and vibrancy to the heart

Permanent public markets are universal drawcards. They are inclusive places that cut through notions of age, ethnicity, and socio-economic status. They are places that have practical through whimsical appeal. From access to relatively affordable groceries, through to a place to sample the region’s premier food and wine offerings, to food and non-food based retail concepts that appeal to a range of consumers.

Markets are great activators of space, drawing large crowds engaged in a range of activities, from watching street performers, to stopping for a bite to eat, to browsing the aisles. The sights and sounds of markets bring places to life.

Markets are places that the public, particularly locals, develop a strong sense of ownership over. They are inherently non-corporate and representative of real people, providing direct connections to the growers, makers and artists behind the stalls. This is why a market would be an effective tool for re-defining Geelong’s new city heart.

A permanent public market in Geelong has the potential to be a source of pride, a physical symbol and manifestation of the region’s creativity, diversity and ingenuity.

Link to media coverage of this proposal in the Geelong Advertiser.